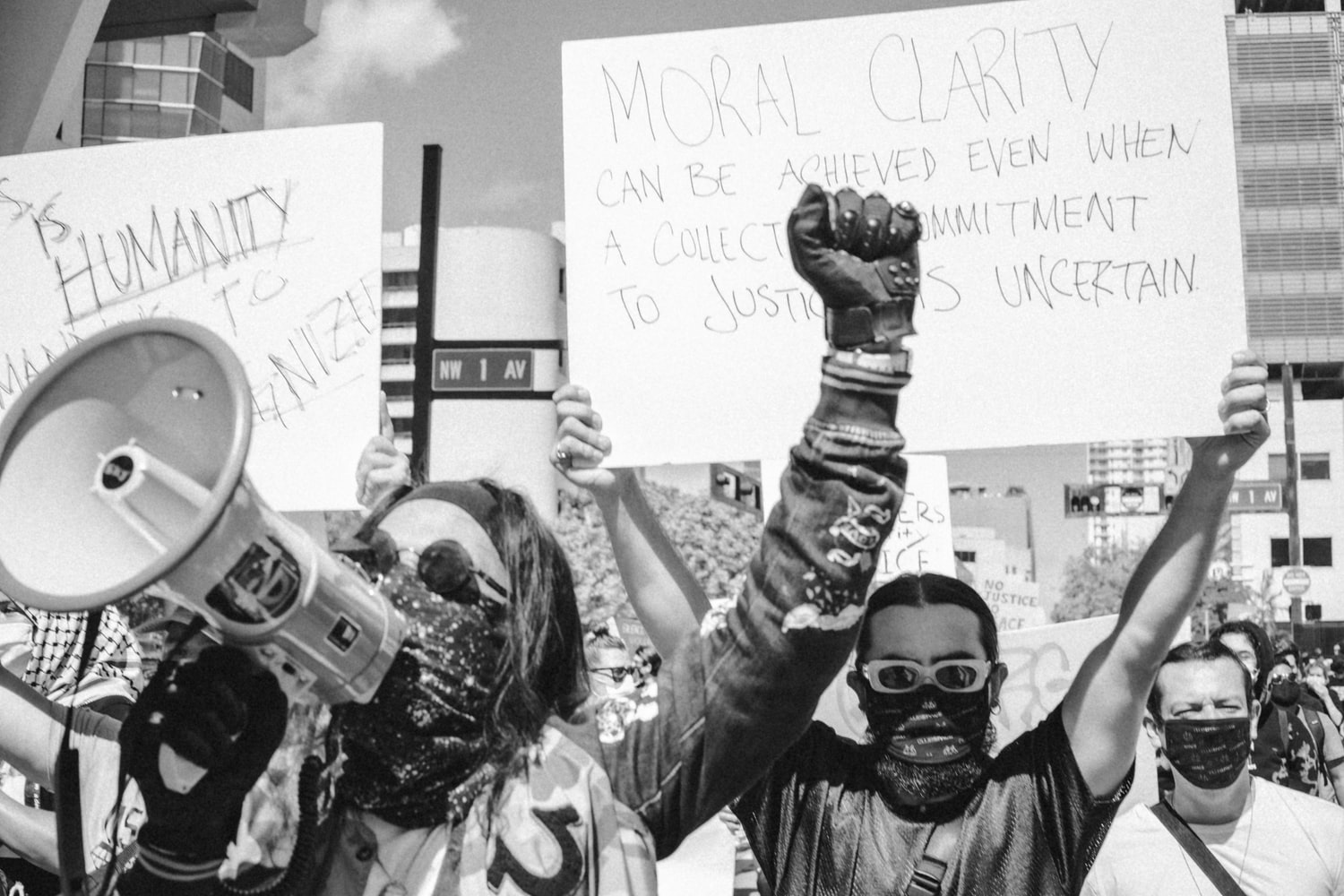 I am upset, I am disgusted, I am disappointed, I am afraid!!

I have refused to can (I can’t) to watch that clip of George Floyd begging for the police officer, the supposed protector of the law, to lift his knee off his neck.  I imagine the police officer (the popo) not only placed all his weight on Floyd’s neck but pressed even harder on it ignoring every plea by George to be allowed to breath.  The look on that officer’s face scared the heck out of me because he did not look human to me. He looked demon possessed. I would give all I got to capture his thoughts at that moment. Where was his human instinct at that time? Did the melanin on Floyd’s skin really repulse him to the point of slowly killing him even with onlookers begging him to let go of the neck? Did he feel heroic and justified to kill the NEGRO? As in, even in 2020 (tweny tweny), racism is still as strong as it was 401 yrs ago in America, the land of the brave and free.  Yaani!! these white “privileged” are not sorry yet that they plucked (bought) Africans from their own homes, where they lived their “primitive” yet peaceful lives and brought them to their “civilized” country  as slaves.  I imagine how this very hypocritical nation is quick to point fingers are UAE, calling them slave drivers while all other four (4) fingers point at them.  Talk of the kettle calling the pot black. I am so pissed off to a point of retracting my earlier decision of embracing the possibility of giving my heart to a “Smith”.  I have actually had a tête-à-tête with Papa (God) and amended my prayer. I don’t think after all that is happening in America right now, I will view white people in the same way I did in the past. I had always given them the benefit of doubt but I think it will do me good to accept the truth. I am black from Africa, proudly so, and the color of my skin will always subject me to unfairness in the eyes of the white people.  For many years I have seen this inequality take place even I echo with the rest of my colormates and shout….. BLACK LIVES MATTER!!

But enough with the ranting about U.S of A. How about back home in +254, Jamuhuri, Kenya? Is it any different there really? do we have the moral authority to point fingers are America? We have witnessed the same kind of judicial killing meted out on civilians by the police whose motto is “Utumishi kwa wote”. Right? How many young men have been arrested as suspects, taken though the justice system and incarcerated for crimes they did not commit not only because they are poor and cannot afford lawyers, but mainly 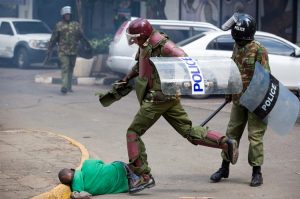 because they are male? How many Kenyan men have been killed by the bullets discharged from guns in the hands of those who pledged to protect life and property in the name of being criminals? But wait a minute!!! How many times have we Kenyans gone to the streets to demand for justice for these lost lives while demanding that the police force gets re-trained and sensitized on how to deal with Kenyans with dignity as they discharge their duties? NONE!! But, kama kawaida (as usual), we are still playing the “victim” card while we sit cute on our seats, and fight keyboard wars on our phones and computers.  I am so angry with all these nonsense!! I shout and weep as I say…..KENYANS LIVES MATTERS!!!!

But wait a minute!! Did I not have this kinda conversation with my friend Teresa early last week about “Mental limitations” that I may be harboring in my mind that are oppressing me?  Ok, let me put you up to speed!! Teresa is a beautiful lady I met in a matatu plying Kiambu-Thika road. I was going to Thika town and she was going for prayers ar the the Vincentian Prayer Center in Thika. I don’t remember how we started talking but it is about 5yrs since we met but I have come to love this lady, because she is a great person, great personality and a strong believer in God.  As we chatted last week, catching up with each other, I told her about some issues I was praying about. She agreed to join me in a 9 days Divine Mercy chaplet prayer.  On the second day of our prayer, she wrote to me…”Next thing, work on your mental block.  Yes, work on those beliefs. If they don’t help, drop them”.  This at first caught me off guard. I did not expect this kind of conversation after two days into our combined plea to God.  I promised her that I was going to meditate on it and dig deeper with the hope of unearthing any limiting beliefs that I may be hosting in my mind.  I decided to follow the advice of Wilhelm Wundt, the father of modern psychology, and embraced the act of introspection.  I twot and twot (thought and thought hehehe) and mediated some more!! After two days I reported my findings to my prayer partner Teresa.  YES!! She was right after all. I too have have some popos (say it with power and put some American accent to it) knees on my neck for many many years. These knees have chocked joy, confidence, trust, and self esteem out of my life. As Rev. Al Sharpton,  was delivering his speech after Eulogizing George Floyd during the memorial service, I was talking to myself.  And as he called out on all present to stand together against this injustices against the people of color in America, I was also speaking to my oppressing beliefs. I was inwardly telling my beliefs…”The reason why, for 40yrs I have not been able to live as I want to live and be who I want to be is because you have been chocking me with your knees! Get your knees off of my neck!! I even called out on the education system I endured by saying…I am smarter than the academic system and grading you subjected me to for over 20yrs . I am coming out of the mold the society has relentlessly been trying to fit me in since I was born.  I am here screaming my lungs and throat sore……GET YOUR KNEE OFF OF MY NECK. I CANNOT BREATH!! The knees of never feeling smart enough, not beautiful enough, not shapely enough! the oppressing knees of feelings of unworthy, unloved, unwanted, unsuccessful! The knee of feeling cursed! The knee of  helplessness! The knee of hopelessness! The knee of loneliness! The knee that is chocking my finances! And all other oppressing knees unmentioned here but you continue to stop air from coming into my lungs!! GET OFF MY NECK!! I NEED TO BREATH!!!!

What are the knees pressing hard on your neck? What are these murderous knees that have been stopping your dreams and aspirations from breathing?  Like me, are you willingly ready to face these knees? Are you ready to demonstrates in your mental streets against these oppressors? Are you willing to pay the price of loosing friends, family members, jobs, your comfort zones in the fight against these knees? Are you angry and fed up enough to confront these knees that are inhibiting your quest for what you believe in your heart is what you want to do and wanna be? Do you have enough conviction to yell out loud “Get your knee off of my neck!! I cannot breath”?

“We don’t want favors, just get up off of us, and we can be and do whatever we can be.” Al Sharpton