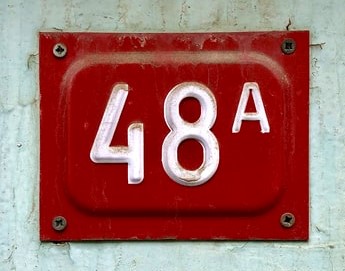 I am fascinated by the relentless way in which the heart, especially of a woman, seeks for a mate, a partner, a husband, a companion, whatever word you like to call “him”.  It does not matter how many times her heart has been broken. It does not matter how many times she has sworn to her click of besties that she is done with wishing, longing and praying or this “him’. But not long after that emotionally charged ceremony, she is back at it. The cycle begins all over again. Oh my! Love. Romantic love. Why thaw torment us?

Me, I have even decided, thrice so far, to abstain from any form of relationships, whether platonic or otherwise with the male folks.  The reason being that I would be worthy of God’s matchmaking with the kind of man I have prayed for. Perhaps I was doing it wrongly because I am still single and now “not searching” hahaha.  At this moment I feel like I am yet again at the beginning of another of those cycles. My determination is that this time, it is for true, for ever. Sitafuti na sitaki kutafutwa (I am not searching). But kwa kaumbaali, I have a hope that God will someday surprise me. Before then, let me tell you about “48 hours.”

I was minding my own business on this hot summer day, and I got a calls from a friend. She says, “Hey friend, it’s been a minute. How have you been. Eehh there is a friend of mine who has just told me he moved to “na huko uliko” (where you are) and he has not had the opportunity of getting out of where he works at least to get to know the area.  Since you are there, why don’t I link you guys up and you just might make a new friend”. The voice on my left side was more louder and convincing and I agreed to meet this man.  I asked my dear friend to give him my cellphone number.  In about 2hrs he called me and we planned to meet over the weekend and I offerd to take him to a buffet joint because that was his request.  The Saturday was here and we meet. Wajameni!!, as he approached me, I could hear the voice on the right side laugh out loud, which kinda pissed me off. I heard the voice sayi, “Had you listened to me..hahahaha”. I had been fasting and praying for a number of issues on that week, and I was playing with the thought that perhaps the Lord had finally decided to slap me with an answer to one of my prayers.  No PUN intended from here on.

When you are unconsciously “desperate”, everything that happens around you is in most cases attributed to “God”. We kind of try hard to convince ourselves and others that God answers prayers in different ways than we hopped for.  Eeeh, that is, answered prayers may come packaged differently from what we expected.  This desperation of mine would be brought to the surface in 48hrs.  I am digressing here. Poleni sana (I am sorry). Let us get back to my story.  So, as I watched this man walk towards me, I have no idea where the notion that there was a possibility he was my “Adam” popped from. And immediately I started questioning God. “Aii Papa, this one does not look or walk like the man I asked you to for” Wait until he opened his mouth to greet me. I almost fell off my legs. To say it in the most respectful way, his teeth, the color of his dental gums, well, I  was hearing my eyes saying No! No! No!. Anywhoo!!, I decided to be polite and engage the man because he was here and there was no backing out of this one.  We walked into the buffet restaurant but when we got to the cashier (pay first system), he realized he had left his wallet in the car. I stood there wondering if this was a perfect time to run out of the restaurant and pull an MIA. I did not react fast enough because he was back and we proceeded on to find us a vacant table. We sat there for a while just so we could get acquainted before going to get food.  Oh my! This man was so excited to see me. He told me how grateful he was that our common friend had introduced us to each other because apparently, I was the kind of woman he was looking for. Oh! This man was mesmerized by my skin, my hands which he described as those of an educated woman. He said he loved my cheek bones, the very part of my face I am learning to love. He proclaimed how I was the perfect size, “ooh kwanza huo unono wako” (your weight). I love women who are your size.  I am yet to understand why I found what he was saying funny because I giggled all the while he was talking. But deep inside me, I was having internal conversations with God.  I was actually asking God why He said that a child will not ask for fish and get a snake or ask for bread and get a stone. I had asked God to bless me with a handsom who will be pleasing to my eyes, an educated man, an exposed one who was equally well travelled. I prayed for a wealthy one too among other good stuff.  He who sat before me, talking like a radio with new batteries was not anywhere near the man I desired. Wacha he told me he was a Standard 8 drop-out and was a Makanga of Kayole! Eloi!! my heart crashed into small pieces.  I was like, “You are not the man I asked for!!”

But at the same time, he ticked some boxes. He was an orphan, an only child, he showed me a video of the home he has put up back at Kenya, he loved my size, he was hard working (according to my friend the matchmaker), he was longing for a wife to invest with here and at Jamhuri. These were part of the things that I had prayed for in the man I want. He talked 99.9% of the 15min we sat there, and I knew so much about him than he knew about me. When we got back with our food, he continued to tell me, over and over and over and over again, “you are the woman I want for a wife”. He said this so many times as we ate the food to the point I started feeling hypnotized.  Whenever I opened my mouth to question him, he would reinstate the same thing; “you are my wife, you are the woman I want to marry. God has blessed me with you. I have met you and I am not letting you go”. And yet, all this time, I was just giggling like a high school girl. I still do not know what was tickling me. After lunch, I offered to take him to a park I had visited once and liked.  He was over excited. As we walked around the park, he told me of his sad life story and I kinda felt sorry for him. He was abandoned by his mother at 2yrs of age and was brought up by his grandmother. He was terrorized by his uncles and aunties but  never got to know his mother before she died. He never met his father either. He also walked from Kayole to JKIA because he did not have money to pay bus fare. The sad story went on and on and on. After 3hrs in the park, and with my ears already sore from hearing the same thing over and over, it was time to drop him to where his car was and we each go to wherever we came from.   On our way, he told me he was ready to pay bride price (Dowry) and that I should look for a house for us, where we shall be meeting as wife and husband. I was like, “what the heck!!”. I do not even know you!. Ohh! my! the convincing started all over again. Jehova wanyonyo!! I was beginning to regret entertaining this man.

The moment he left my car, I was relieved. Phewww!! now my ears could rest. Needless to say, I was still confused as to what had actually transpired in those 5hrs I was with this man. The following day he sent me countless text messages and phone calls, and nothing new did he have to tell me. The same thing was repeated over and over again.. “you are the woman I chose to marry, you are mine, I am happy to have finally found my wife”.. Ooh Lawdie!! I was beginning to get really disgusted with this man. By the end of Sunday, my heart was so troubled and exhausted. I questioned God as to why He would allow this man into my life! He was not what I wanted.  Monday came and he insisted on coming to visit me. I caved in to his demands and when he came, he was definitely dressed appropriately for summer. He was dressed in heavy khaki suit.  His shirt was soaked with seat at the back because of the heat.  After catching up for about an hour, he started to dose off on the chair. I kinda quickly caught his drift.  I suggested that perhaps it was good if he went back home and rest. He declined.  Well, not like he had any new things to say anyway. Eventually he left after a couple of hours.   My heart continued to be troubled. I began to feel that this connection was not Godly.  By Tuesday, I had to take a time out to think about his man. I went to quiet park and sat down overlooking  pond which was calming. I talked to Jesus and asked Him to help me understand why I was uneasy with this man.  It is when I decided to call him and call it off.  To my surprise, he quickly said it was ok. I felt like a whole load was lifted off me. I went back home a happy woman. I was later to know that two weeks after we had our 48hrs encounter, he left his work place and relocated to another city far from me. I have not heard from him since then. I called our common friend and told her about my unfortunate experience and she confessed that she had never met this man face to face other than through the phone and texts. He has not called her since then, neither does he pick up her calls.

What do you think about this encounter? Do you believe that Satan can send counterfeits of what you are praying for? In Job chapter 1, we read that Satan also presents himself before God alongside the angels. Could it be that Satan also hears our prayers and plays tricks on us in order to put a wedge between God and us? Watch out for my next post. I will tell you what I learnt from this experience.

Two are better than one,
because they have a good return for their labor:
10 If either of them falls down,
one can help the other up.
But pity anyone who falls
and has no one to help them up.
11 Also, if two lie down together, they will keep warm.
But how can one keep warm alone?
12 Though one may be overpowered,
two can defend themselves.