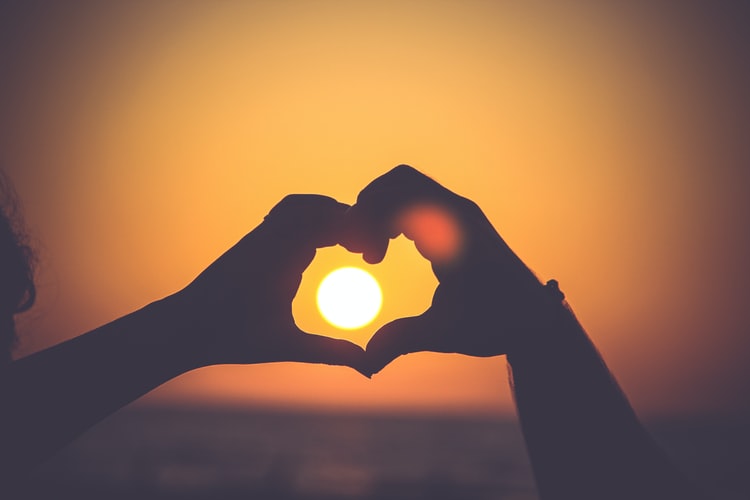 I did not believe that some men had the capability to love until today. A 16yrs old wound that has been hurting me has started healing after meeting with my “saving grace” today. You see, I have been carrying this heavy bitterness after my father left us in 2004 because I felt like he did not fight to stay with us after mom went back to heaven. I felt like he did not consider that we needed at least one parent now that the other had gone. Like why did he not want to stay with us? Couldn’t he wait just a little longer at least for us to grieve and heal together? Were we his children not as important as mom was? In 11 months and 11 days we moved from having both parents to orphans and I had no idea how much these unpleasant and unwanted events were going to affect my life for eternity. He chose to leave us than live without his wife

God never runs of ways to bring healing to the hurting. He can use any situation to speak to you and this happened to me today.  I got the opportunity to spend the day with a Caucasian couple and their daughter and in 4hrs had been converted into a believer in the existence of true love. Here I was witnessing a man grieving the eminent loss of his wife of 52yrs. This emotional wreck of a 6.2 feet tall man has not left the bedside of his dying wife.  He holds her had as he caresses her palm, constantly planting kisses on her hand and forehead while whispering, “I love you tough cookie”. From the pictures all around the sitting room and in her bedroom, she is a woman of medium built. She is now a pale figment of her former self yet her husband sat by her bedside stroking her frail and bony hand, massaging her back which was just bones.  She has wasted so much from her ailment which I was told had very quickly turned south in a week.  He was watching her closely in case she took her last breath the second he looks away. He looked at me with the saddest eyes I had seen in a while that he is sad because he had a plan which seems will not take flight.  He believed that because he was 10yrs older than her, he would die first and so he had come up with a plan of how she was going to be taken care of financially after he left. Now his plans are crashing down with the looming death of his wife and this has thrown him into the deep end of emotional turmoil. He told me, as tears welled in his eyes that their daughter had made him to promise that he would fight to live for himself, his two children (daughter and son) and his four grandchildren. All I could say was “yeah” as I struggled to accept that before me was a man deeply troubled that soon he was going to be a widower. He has his own health issues alright, but his focus on his bed ridden wife diminishes the magnitude of his struggles. He told me of how he had met her on a cruise ship but she rejected him because he tried to dip his hand in the cookie jar on the first day. He said he was “a play boy” back in the days and even though he had not successfully manged to use his Casanova moves on her in that trip, he called for a bash in his house, invited the organizers of the cruise ship trip and strangely she came in their company.  From that 2nd meeting he never let her go until she became his wife. As he narrated how she changed his life when she married him, tears effortlessly drilled from his already red eyes. She could count his ribs when they met and now, 52yrs after, his ribs are buried under the stored energy from all the cooking she has done over the years. Now he can count her ribs because she has lost all the fat on her body due to the illness. He showed me many pictures of them in their hay days, the house he put up for her, his children with her. He also showed me pictures of their 40th and 50th wedding celebrations with family and friends.  I asked him if they had a song and I got to listen to it towards the end of the day when his daughter, as she snuggled next to her mother on the bed heard it play on the Music channel on the TV in their bedroom. What got to touch me in a deep way was when he said, “she made me make a promise that I will live longer after her mother is gone, but how do I do that? When the time comes I too wanna jump in and go with her”……  He continues to lament as I turn away so he does not see my tears and said, “I think God is punishing me for all the shit I did when younger”. I quickly tell him that God is forgiving and we all have been bad at any given time of our living but His grace cleans us of sin no matter how red it may be. At the same time I was looking at his wife and telling myself that I I would not want to live long after the quality of my life had diminished. Towards the end of the day, as I sat there looking at him stoke his wife’s scarce hair, I hear him tell her, “you may go if you want to. I will be ok. Do not worry about me, I will not be left alone”. The same words were spoken by the nurse who came to see her.  She got permission to leave if at all she was fighting death because she was afraid if she went it would hurt her hubby.  I am impressed at how love can be this strong as I feel jealous that they had found that pure but elusive love that I desire.

Now I understand why my father could not stay longer after mom died. Maybe he could not see life without the love of his life. He could not fathom how he was going to survive this loss and so he perhaps opted to follow her. This is when I truly forgive my dad.  This man told me that no-one can tell the pain a person experiences seeing his wife slowly dies yet he help her. This is someone he has lived with and made a family with and she was the center of his world . I realize now that the relationship between a husband and a wife is the greatest connection, especially if it is founded on true, genuine and selfless love. Blessed are those who get to experience it. I feel honored to have witnessed this kind of love, and I am left longing to find it too.

Let me leave you with an extract from the song by The Dooleys;-

6 Replies to “The Lucky People”