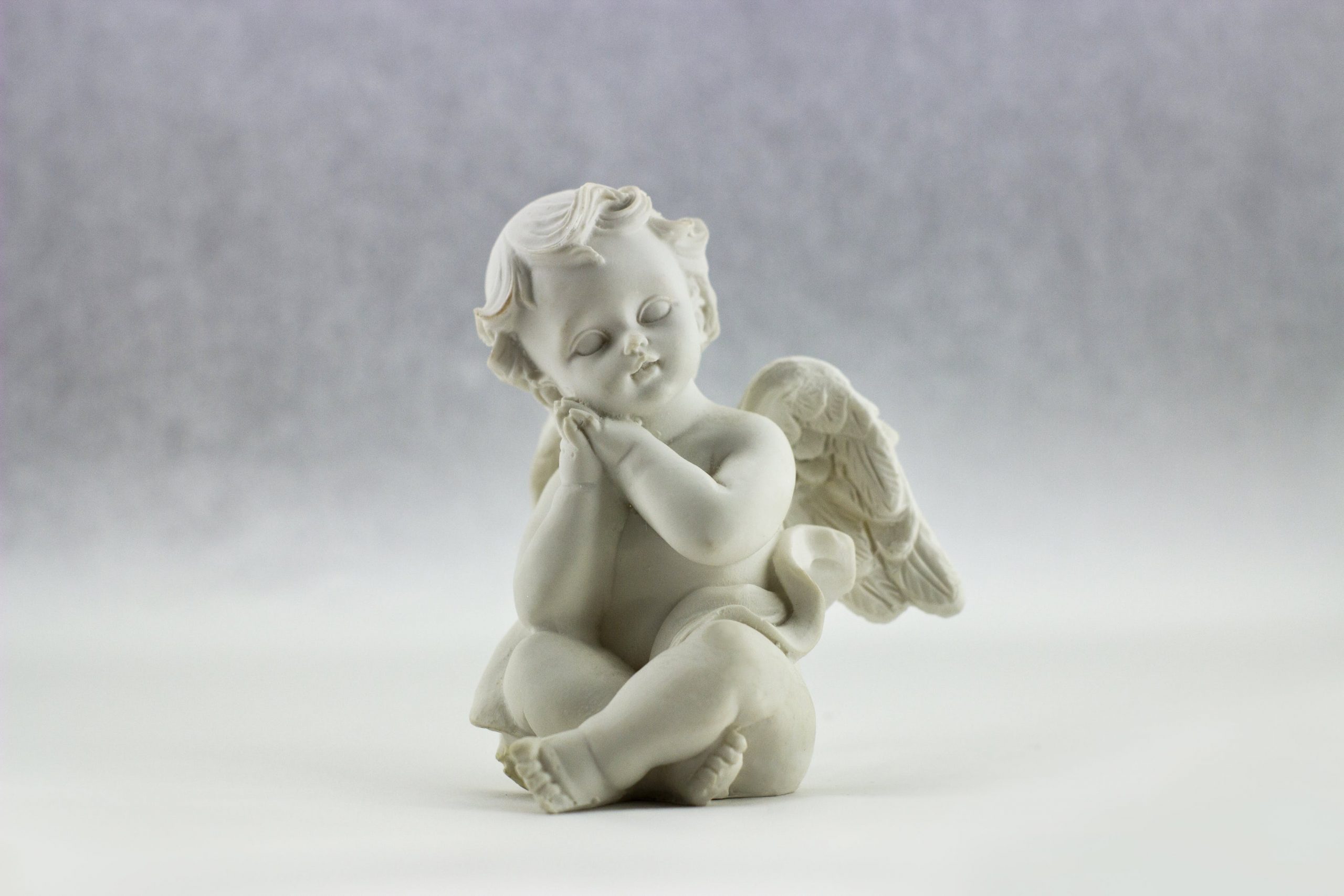 For years this word has caused me grief, bringing forth feelings of despair, judgment, condemnation and despair.  When I was growing  up, we used to tell others to “stop being self righteous” whenever we felt judged by them.  To me, the word describes perfection. Never doing, thinking, seeing, imagining, or saying anything described as “bad” or “sinful”.  It is a word that always makes me feel like a faulty christian who will never be good enough to see heaven.  This word has made me feel hopeless and, too dirty to go before God.  I have always been afraid that I will never attain the perfection He requires of me in order to be called righteous. Even when I confess that Jesus is Lord and that God is the King of all Kings, I still felt that something was amiss. I have often wondered how God expects me to be perfect in thought, in action, in utterances and in sight when all around me there are reasons to commit  “sin”.  The “dislike” for this word makes me struggle a great deal whenever I read a bible verse that describes the righteous and what they will gain from God. I immediately get thrown off and move to another verse where I feel less condemned.  I tell myself, “that verse is not meant for me, I am not righteous”.   For more than 6yrs now, I have been seeking to be more spiritual, deliberately avoiding churches and those people called  “spiritual mothesr” and “spiritual fathers” by their flock/followers/sheep/congregants (feel free to pick the word that best describes you).  This decision got me branded as “kafiri”, “heathen”, atheist, and non-believer, because the weekly ritual gives people a sense of holiness. If you are not going to church every Sunday, you are a very bad person who will go to straight hell without ‘beating’ corners where you will burn and gnash your teeth for the rest of eternity.  But where is that in the bible by the way? Maybe here is a verse that I have not landed on that spells doom for all who never go to church. If you can be kind enough to direct me to that verse or verses, I will be grateful.

This bring me to yesterday, when a whatsapp friend posted this words on his status…“Faith and Righteousness is ONE Bundle!!!”.  My reaction was, “What is righteousness?”.  He responded, “To be sanctified of all yours sins and iniquities…….are you?”.  This exchange of text led to a full sermon, what I will call my “second salvation”.  After 5.40hrs I inventively and passionately  sang;-

Amazing Grace, how sweet the sound
That saved a wretch like me
I once was lost, but now am found
Was blind but now I see

Timoh had walked me to my “second salvation” and I could feel the bad feelings brought about by this word slowly fade away.  I am thankful to him for being patient with me,by allowing me to take up his time while he gently helped me to understand something which no pastors, prophets, bishops, spiritual fathers, mothers, brothers, sisters and harvesters had ever done. But as I write this, I am fully aware that not everyone will see this from my perspective. Maybe one or two and I am okay with that. By large, we will not be en-sync psychologically, emotionally, financially, or spiritually and it is thus allowed that we interprate information, stimuli, or events in different ways.  This reminds me how I was thrilled to share my excitements about the lessons I had learnt from watching the movie “The Shack”.  The reaction was so varied from mine to a point I “caught feelings”.  If you want to know why, look for the movie on Prime Amazon, Netflix, or whatever app you use to watch free movies. Don’t go looking for SHARK…what you will see are the blood jaws of a very angry shark. Back to the main topic people!!

Timoh asked me what I thought it means to be “sinless” and am sure like you, I said “never doing, thinking, saying, or seeing evil things, even calling someone a goat”…hehehehe.  He said, “that sounds true”.Oppse!! “So who in this world is righteous?”, I asked. Instead, he threw the same question back to me of which I replied, “maybe those the  bible says are blessed, but sio mimi juu I often think, do,say and see bad things”. That is when the sermon started.  He asked me to read Roman 4: 3-5 and tell him what I understood from the verse. I actually read it four times before I gave my response – “Faith and believe! Faith makes me right with God…God makes I, the ungodly right with Himself….not my works/deeds”. I read further  ..”.6 King David says the same thing. He tells us how blessed people are when God makes them right with himself. They are blessed because they don’t have to do anything in return”. Hallelujah!! I quickly told Timoh how glad I was that we had this short conversation and feeling satisfied with his help I was ready to move on to other business of the day.  I was very wrong and, I was glad I was! He asked, “so, are you righteous or a sinner?” I wanted to say NO but after a second thought I responded by saying “I am made righteous by God Himself because my sins are forgiven”. But what criteria does God use to determine who to make right with himself? The bible says it is those who put their faith in Him.  He reacted, “right, Abraham believed and made him righteous”. I understood that Jesus’s work on the cross sanctified everybody before there was any one who believed and therefore it is a personal will to believe or not to believe that Jesus sanctified us all. Timoh then threw a curved ball at me…”when did Jesus die?”. I replied, “2000yrs ago” and threw in a few smiley emojis. Timoh said, “right, where were you?” Alaa!! what does this mean? I am not 2000yrs old, Timoh!. Then I smartly answer “wooooii, non-existent in this world so I did not sin then”. He said I was wrong and asked me to read Romans 5:12. (12 Sin entered the world because one man sinned. And death came because of sin. Everyone sinned, so death came to all people.) Basically, Timoh me to know that I was a sinner because I am a descendant of Adam. Then he asked me to turn to Romans 10:9-10 (9 Say with your mouth, “Jesus is Lord.” Believe in your heart that God raised him from the dead. Then you will be saved. 10 With your heart you believe and are made right with God. With your mouth you say what you believe. And so you are saved.). Ten times I whisper “Jesus is Lord” because I did not want to startle the ones next to me…hehehehe. Timoh countered my words by saying that people say with their mouths “I believe” but still call themselves sinners. Is that believing?” I felt attacked because I was among the people he was referring to. He asked me to go to 1 Peter 2: 24 (24 “He himself carried our sins” in his body on the cross. (Isaiah 53:5) He did it so that we would die as far as sins are concerned. Then we would lead godly lives. “His wounds have healed you.” (Isaiah 53:5). I exclaim and Timoh reassures me by stating that “Yes, so what does that mean?..it means that the you in Adam is dead to God and the righteous you is now alive in God”. I write, with a huge grin  on my face, “so I am righteous in Christ”…

Timoh then uses an example of something close to my heart to explain this matter further. I think he was seeing that I was still struggling with accepting that I am not a sinner.  He told me that when a person moves to another country, and seeks citizenship there, they become naturalized but can still be a citizen of their original country if the constitution allows. So in God’s world, you cannot have dual citizenship, it is either you are in His kingdom or in Adam’s world. You either belong to Adam or to Jesus. If you are dead to sin, you cannot be counted a sinner anymore. If I recount every chat that we had, this article will be very long so to save you time, let me ask you to read the following verses for yourself: Jeremiah 17, Roman 10, Leviticus 17:11, Hebrew 10: 12, 14, 17-18, Romans 4, John 3:18, John 17:4, Mathew 1:21, John 19:30, Titus 3:10-11

If you cannot still tell what the SIN is, read the verses all over again with intention this time. If by the time you are done reading these verses and this article you are still calling yourself “a sinner” and seeking for forgiveness daily, then go back to Titus 3:10-11. Karl Marx was right when he observed that “Religion is the sigh of the oppressed creature, the heart of a heartless world, and the soul of soulless conditions. It is the opium of the people. The abolition of religion as the illusory happiness of the people is the demand for their real happiness”. I am now very happy because I am in the truth. I am not a sinner!! As of yesterday, I ceased condemning myself. This is a truth that was not in my custody because all those sermons I have heard did not tell me clearly that my sins were paid for, they were atoned by the blood of Jesus, for ever, for eternity, and I am free of all form of sins and condemnation. Now I can boldly stand before God and talk to Him with confidence, for I am Righteous Karen. I am not a sinner! I was set free from all sin for eternity.  This does not mean that I am free to do wrong things. But to live in LOVE! To love others as I love myself.  Love cannot let me to do wrong things to myself or anyone else.

If you have other questions to ask, go ahead and read your bible. The answers lie in there and quit allowing people to interprate it for you because it could turn manipulative.  Politics and religion are one bundle. They are all about controlling the masses. As for me, myself and I,  we are done with religions with it’s defined beliefs, rituals, and guidelines.  They are as faulty as those of the first church, the Roman church which used religion to manipulate the subjects of Constantinople. He was the King of the Eastern Roman Empire, which was the first city where Christianity was designated as the capital religion. If you want to know more about this too, research further. knowledge is power. As a parting shot, let me put forward a disclaimer that all the above is based on what I took out of my conversation with Timoh and if you see it differently, you are entitled to your opinion.