I cannot begin to imagine the mental horror my Auntie’s is going through while stuck in Bombay, India.  The Government of Kenya, through it’s mouth piece, Cabinet Secretary for Transport, Mr. James Macharia, has extended the international flight ban for another 30 days after 1st March.  She and her two friends were to depart Bombay weeks ago but they were caught up by the first international flights ban.  We face chat last week and she looks really great, younger and trimmer, despite the frustration of having to social distance in a hotel room in a foreign land. To make her feel at ease, I asked her whether she had discovered thenelusive fountain of youthfulness in that land of Hanuman.  The answer kinda got me off guard….”Ghaaii Njoki tamaka I have not eaten nyake (meat) since I came here. Harafu I eat small portions of carbs”.  She smiles and I am reminded of a her when she had just left college, young, energetic and very optimistic.  That is how younger she now looks.   She cracked a good joke by asking me to make sure that we brought her a big pot of meat when picking her at the airport because she could eat a whole cow if she got a hold of one.  Well, we all know she said that in whispers rest an Indian fella heard her say how she was going to devour one of their “sacred symbol of life” like lack of importance.  On the other hand I and other concerned and caring family members have been sending messages of love and comforting, quoting various bible verses, tell her that God is in control and soon she would be re-united with her family once this mess is over.  As Christians, this is the only way we know how to console a person in distress.  When I talked to my Auntie, she said this..”unless you are in my shoes, it is hard to understand how it feels being stuck in a house in a foreign land, running out of  money and no definite time of returning home.  I cannot stand these walls anymore”… That statement made me maintain my “sharrap” and after sigh, all I could utter was….”weeeehh!!”. What do you say after that? I saw the anguish and perhaps a vain pop out of the center of her forehead. I decided perhaps I needed to tell her about my latest escapade under the cold air of the land of the brave, as a momentary desperate move to allow her a few minutes of forgetting her plight.  It was hard to hear her sound this desperate because to me, she is the stronger of the both of us and most of the times I was the one seeking her consolation. How do you comfort your comforter? 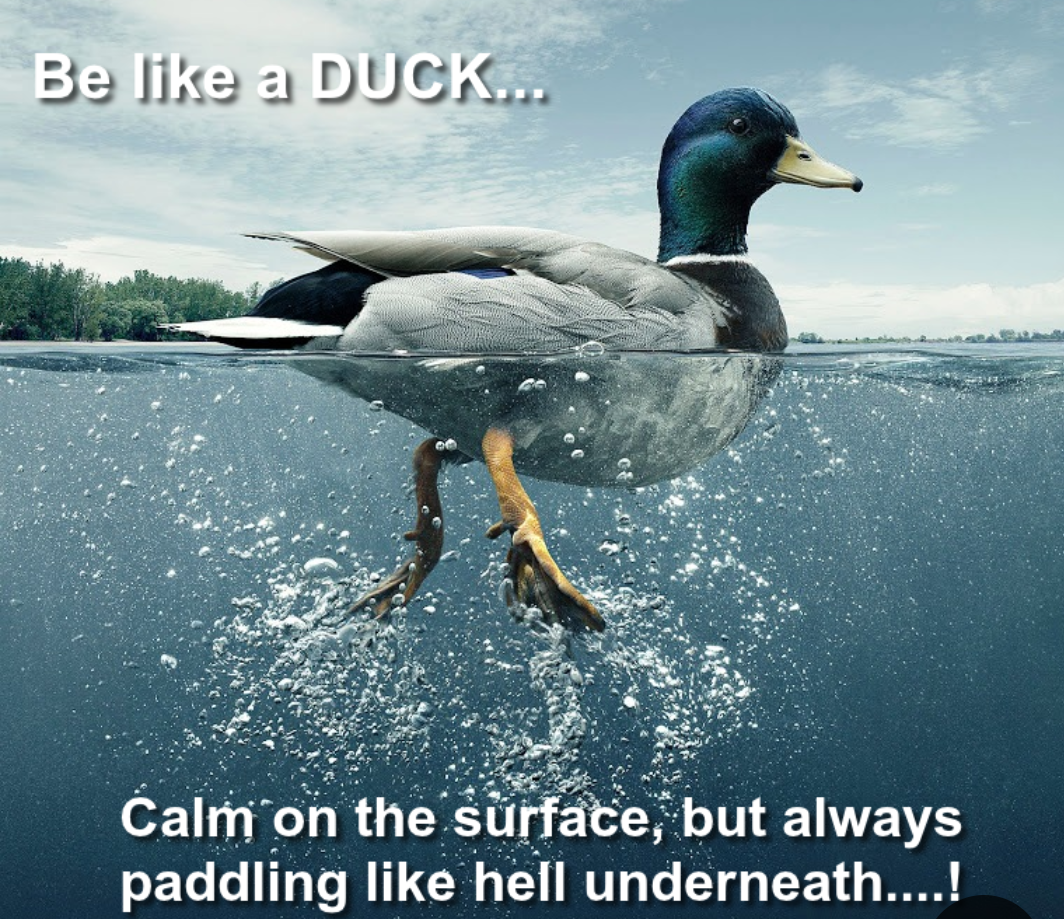 The same has happened to me.  When my angel and prayer partner Sister AnnFridah rested, I called my friends to come moan with me.  After they arrived, they just sat there looking at me like lost puppies. Emily, (RIP sweetheart), spoke after what felt like an eternity and said, “Karen, I honestly have never seen you like this. How do we comfort you yet it is you who we come to when broken?’ I had no answer.  All I wanted was my Angel back.  I wanted someone to tell me it was just a bad dream and I was going to wake up from the nightmare. How many times have we envied people’s lives because they look all well put together to a point of erroneously believing that these people never have a  temporary “hell here on earth”? By the way, and be honest here, am I wrong to believe that, were it not for wanting to appear grateful, a “shut the hell up” would be a perfect response when people start to tell you about how this current struggle is building character?

“Struggle is the meaning of life; defeat or victory is in the hands of God. But  struggle itself is man’s duty and should be his joy” – Sir Sultan Muhammed Shah Aga

Sometimes I wish I could just stay quiet and go through the waves and tides alone instead of inviting others to the minimization of my anguish.  I perhaps find a way of waiting for the storms to calm down all by themselves without telling anyone.  When they ask me how am doing, with a fake and wide smile I respond..”am doing great!”.  I think this is what many people are doing just to save face, not wanting the world know exactly what is happening behind closed doors.  Besides, “kamati ya roho chafu” (committee of bad hearts) is usually lurking in the dark alleys looking for the opportunity to spot something wrong with you so they can use the story to grease the flow of a few tots or bottles of beer in the pubs.  While putting spices and a little splash of pepper here and there, they go ahead to say how badly you are doing, how you are a ratchet living a “wanna-be” fake life.  They will go on and on juicing the fake story about you as they get sloshed on free beer at your expense. I thank God for Snapchat App because the filters are perfect at covering blemishes, wrinkles, eye bags, ageing skin and scars. I among other tech suave people have used this App to send selfies that leave viewers chocking with envy.  I have actually soaked  in comments such as; “it seems that land is favoring you”, “you looking good gal”, “ghaaii, I envy your life”….. What they don’t know is that, a few hours before the filters, I was on the floor crying my lungs out as I prayed to Jesus because things just don’t seem to work as I expected.  Shida is, Kenyans are perfect at fishing out some pictures you posted without the filters and splash them all over the internet leaving people spinning, wondering “Ghai, what happened to her?”  So Snapchat users, let us forever be on our knees praying the App outlives Facebook….hehehehe.

I am sure my Auntie is SMHding as she reads this (Shake My Head) perhaps saying “Yes Kiki….Yes!!” because she is the only one who truly feels the deep cuts of her current situation.  I will continue to offer my encouragement though I have decided to be more empathetic than sympathetic.  Could it be better if I said to my Auntie, “how do you feel?” or “how can I help you”?  Maybe actually call her  when nothing else needs my urgent attention and just listen to her story before I give away my advice? Supposing I broke out with a song with comforting lyrics? Will she sing along? Would it be appropriate? I don’t know either.  Perhaps I will attempt next time I call her.  Maybe it will be tomorrow…..

This is a shout out to all my fellow duckies, those who maintain a straight face but under the waterline, we are peddling like hell to keep afloat….

Have you ever tried to whistle when you are angry???? Try it and tell me how it goes……