A stranger brought this to my attention a week ago while I was on my prayer and recuperation retreat along the Ocean Shores of Pacific Ocean.  It's not like I had not thought about it in the way Alyce put it, but I was amazed at how someone  I did not know existed until we met while walking along the ocean shore also saw it in that way. As I creep towards my 50s I find myself wondering if it was in God's plan for me to have a second chance at love, true love this time around. I allow myself to imagine he would perhaps be my age or maybe in his early 50s. The reasons why even after 20yrs since my divorce I am still unmarried is because I had been bound by words I spoke over my life in 2002.  I lived under this "spell" for 16yrs until October 2018 when in an 8 days prayer retreat God revealed to me. After continuously fasting and praying novenas, I still had not met a man capable of walking down the isle. I was actually reading a book titled "Breaking Invisible Barriers: Spiritual Warfare Series Volume 2) by Nellie Odhuno-Shani.   On the topic of Personal Curses she states:- "Unfortunately many people suffer from individual curses that they have inflicted upon themselves with their mouths". This is the topic that redeemed me from the 18yrs of my personal curse. You see, after 8yrs of marriage, while I left with nothing other than a broken heart and emotional trauma, and my ex-husband kept everything from our son , the house and even my pictures. So when I got a job I said these words, "I will live like a man".  I kinda admired my ex-husband for keeping everything so as a woman I felt I did not get a good deal but as a man, he had it all.  That statement will see me have relationships with men who were either broke or looking for a woman to keep them.  I on the other hand it felt safer in this delusion because I had the upper hand and I controlled the direction I wanted the relationship to go.  The downside of these relationships was that deep inside me I wanted to have a meaningful relationship but the fear of being abused and controlled kept me spinning in this mouse wheel.  I would jump out of the wheel and in a little while I would find myself back at the wheel spinning it fast to nowhere. So when I was reminded of this statement,  I quickly knelt down and asked for God's forgiveness and I asked that the statement be expunged from my record so I could finally start the journey of meeting my "Mr. Smith" as I like to call him,

When I asked Alyce why she chose to stay single after her failed marriage, she said she did not wanting to deprive her children her undivided attention while they were still young.  I asked her why she did not then get married when her children left the nest and she said that an older Auntie had told her that after 45yrs of age, a woman was either going to meet a man who was after her wallet or was looking for a woman to nurse him.  This tickled me in as much as it sounded familiar. We talked about it in depth and it was clear that this was a possibility that cannot be overlooked.  It was something that was very real to me because even as I wrote the list of the kind of man I wanted, the issues of wealth and health was among the first six (6) deal breakers. 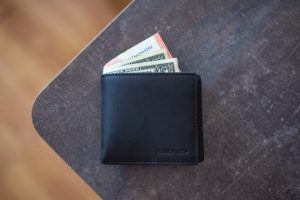 Many times I question if it is "Godly or prudent" to ask God for a very wealthy man without sounding like I was a gold-digger but then Joel Osteen constantly reminds me to pray big fat rich prayers.  But on the flip side, there are men past middle age who look for women who can "take care" of them.  Maybe they did not put much effort in getting financially stable, or they have been gigolos all their lives, or they have had bad breaks in the past so they were not able to solidify their finances.  Which means they will look for a woman who is "desperately" looking for a man to marry them and they will perhaps overlook their financial state, and be ok with "taking care" of them. I can say without fear or favor that this is not me.  I refuse such desperation in the strongest way in Jesus' name!! To undo the curse I had put on my life, I said: I am a woman, born woman and will be treated as such. I will live like the woman I was born and nurtured to be, and I will be taken care of by any man in my life.  I will meet a man to marry me and take care of me in the way God ordained from the beginning. He will protect me, love me, provide for me, take care of me, pray for me and with me, and all other things that God will instruct him to do".  With that declaration I believed I was not going to attract a man who is looking for a woman to do to him that which he should be doing for me and to me.

Yes I know I too am aging and I am subject to the health changes that come along with it, menopause being one of the things I personally don't look forward to after all the horrific stories surrounding it.

"The body starts to seriously lose grip of its DNA after 55 years, and that increases the risk of diseases". Sybille Hildebrandt 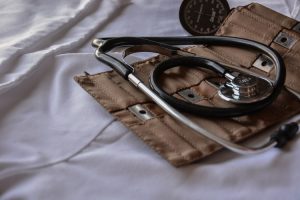 The thought that I could meet a man whom I would spend most of the time nursing instead of spending time globe trotting makes me shy away from the thought of getting back into the world of marriage. But since I decided to keep it optimistic, I will meet a wealthy and healthy man who will be my knight in shining armor. But this does not mean that some sneaky sick men may not wanna slide into my life for some nurturing and nursing.  Those I rebuke in Jesus's name.  I refuse to be a nurse!! I am coming up with an interview questionnaire which every man I meet shall be subjected to, to verify if he comes with any chronic illnesses/conditions which will negatively affect the quality of relationship we intend to have. I am not 100% fit myself but before all other gerontological diseases/conditions come to play, I pray that I will have enjoyed the loving and companionship of "Mr. Smith" to the fullest.

Alyce, bless her heart, told me that I was still young enough to meet someone to love and be loved by, so I should forgive the past and move on forward. And that I am doing.......